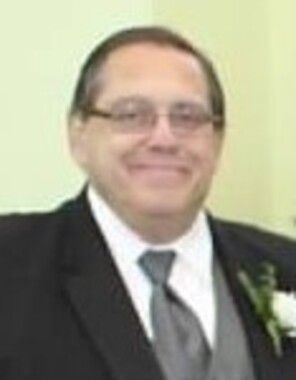 Back to Thomas's story

Thomas James Slaiman entered peacefully into rest on Wednesday, January 15th, 2020 after a brief illness. He was 69. Born in Niagara Falls, NY, on November 5th, 1950, he was the son of the late James and Mabel (nee Bishara) Slaiman.
Tom was a 1968 graduate of Niagara Falls High School and received his Bachelor's Degree from SUNY Brockport in 1972. He was an elementary school teacher in the Depew School District for 20 years, during which time he was twice named Educator of the Year. He was also active in the Depew Teachers Organization, serving as both DTO President and chief negotiator. Tom earned his Master's Degree in School Administration from Niagara University. After twenty years of teaching in Depew, he became the school principal at Theodore Roosevelt Elementary School in the Cheektowaga Sloan School District, a role he cherished for 20 years. Tom was beloved by his colleagues, teachers, students and everyone he encountered during his time as an educator. He retired in 2012 after a 40-year career.
Tom was a lifelong member of St. George Orthodox Church in Niagara Falls, NY. He was ordained as a Subdeacon in 1980 and served in this capacity ever since. He was very active in the spiritual life of the church, as well as its day-to-day operations. Tom served on the Parish Council for over 30 years, including two terms as President. At the time of his passing, Tom was the Vice-President and chairman of the capital projects team. His knowledge and expertise were heavily relied upon when important decisions had to be made and crucial actions had to be taken.
Tom was an active member of the Whirlpool Park Little League throughout his life. He served as its treasurer for 25 years, but his biggest joy came as a baseball coach. For 15 years, he took great pride and pleasure in teaching kids the fundamentals of the sport he loved. For Tom, it wasn't about winning and losing, but the enjoyment that came from playing the game.
Community service was also an important part of Tom's life. He graciously donated his time to his church and many other organizations, including the Boy Scouts of America, the Theodore Roosevelt Inaugural Site, Meals on Wheels, and various soup kitchens throughout Western New York. He lived his life according to the following principle: "It is better to give than to receive."
A natural showman, Tom took an active role in the Western Door Playhouse during his retirement years. He served on its Board of Directors and performed in and directed many plays and musicals. He especially enjoyed his starring role in "An Evening With Tom Slaiman," a self-written comedy routine based on the stories of his life. But more than anything, Tom enjoyed spending time with his family.
He is survived by his loving wife of nearly 47 years, Mary Anne (nee Marasco); four loving children, Jim (Kristen) Slaiman of Grand Island, Ricco (Cassie) Slaiman of Niagara Falls, Dan (Katie) Slaiman of Grand Island and Maria (Brian) Cosen of Lake View; and nine grandchildren he adored, Francesca, Kate, Tommy, Leena, Jake, Ramona, Max, Julian and T.J.; brother of Michael (Marie) Slaiman and George (Christine) Slaiman; devoted brother-in-law of David (Marianne) Marasco, Kathleen (Donald) Culbreth, James (Dawn) Marasco, Salvatore (Rocio) Marasco, and the late Richard (Joanne) Morasco.
Visitation will begin on Friday, January 17th from 2-8 PM at M.J COLUCCI & SON NIAGARA FUNERAL CHAPEL, 2730 Military Road, Niagara Falls, NY, with Trisagion prayers being offered at 7:30 PM. Tom's Funeral services will be held Saturday morning with prayers beginning at 9:15 AM at the funeral home followed by services at 10:00 AM at St. George Antiochian Orthodox Church, 1073 Saunders Settlement Rd., Lewiston. Interment will follow in Riverdale Cemetery, Lewiston, NY.
Flowers graciously declined, memorials may be made to St. George Antiochian Orthodox Church, Lewiston, or St. George Orthodox Catholic, 2 Nottingham Terrace, Buffalo, NY 14216. Please visit mjcoluccifuneralchapel.com for online condolences.
Published on January 15, 2020
To plant a tree in memory of Thomas J. Slaiman, please visit Tribute Store.

Plant a tree in memory
of Thomas

A place to share condolences and memories.
The guestbook expires on April 14, 2020.

Robert Passmore
Rest In Peace, Tom.
Barbara Jones
Tom was a very dedicated parishioner.
So sorry I live out of town and could not express my condolences.
Wishing the best to you Mary Anne and family.
May his memory be eternal.
Joseph V Coniglio

I was just becoming a young man when first I met Tom Slaiman, marrying my first cousin, Mary Ann Marasco. They had a pretty cool Lebanese themed wedding. There was lots of group dancing and it was the first time I experienced that. His entire family, so very nice, precious. Tom and Mary Ann raised four really great children who all continued on to become successful adults, producing many beautiful grandchildren. Tom was indeed a Patriarch and I am certain he will be missed. One of the good ones, that's for sure. God Bless the Slaiman's, it is with a heavy heart I offer my love, prayers and sincere condolences. Cousin JoeyC.

Tina Smeal
Prayers for Tom and your family.
Sam and John Nelson

Sweetest Sunrise Bouquet was purchased for the family of Thomas J. Slaiman by Sam and John Nelson.  Send flowers

Linda Tabak
Your memories will last for ever you were one great guy love you
Tami Vohwinkel McCallister
Mr. Slaiman was a great teacher! Later he was the DJ for my sister, brother & my weddings. Prayers for his family❤️
Darline Wilkowski and Family
Sorry to hear of Mr. Slaiman's passing. Our thoughts and prayers go out to his family. He touched all the kids that passed through TR's doors. He will be missed.
Joe Ritter January 16,2020
I have known Tom Slaiman for forty plus years. I worked with him both as a teacher and a union official.He was undoubtedly the best person I have ever known. I was fortunate to have been his friend for all those years.
To paraphrase a quote from the movie ( The Tall Men ) "He's what every boy thinks he's going to be when he grows up." Whatever, Tom thought as a boy in regard to the type of man he would become he surely exceeded any expectations he may have had.
Rest in peace my friend.You will be missed by all who knew you!
Tribute Store

Bill Schworm
I am so sorry upon hearing of my former teammate and
friend ,Tom, passing We spent many years working together at Cayuga as teammates and as "TOSA"s, . He was a great person and will be missed by all
View all