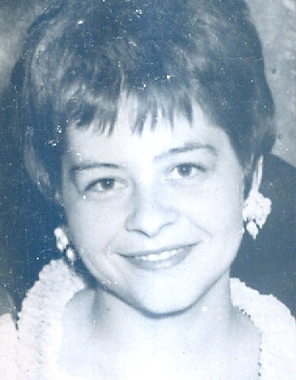 Back to Shirley's story

Shirley Ann Laurie age 82 of Lewiston, formerly of Niagara Falls, Ontario, Canada, and wife of Robert E. Laurie, entered into rest on Monday, January 20, 2020 at home in Lewiston. Shirley was born on April 15, 1937 in Niagara Falls, Ontario, Canada. She is the daughter of the late William and the late Hazel (Strange) Sarginson.
Shirley graduated from NFCVI in Niagara Falls, Ontario, and went on to attend Kelly Business School. She married Robert E. Laurie on September 30, 1961 at St. Paul's Lutheran Church in Canada. She and Bob were inseparable. Shirley was employed by Moore Business Forms in Grand Island, NY, as an executive secretary where she retired after 28 years. Shirley was an avid gardener and she and Robert were members of St. Andrew's Lutheran Church in Pekin.
She is survived by her husband, Robert; several nieces and nephews; and a sister-in-law, Dorothy (late Vincent) Chiaravalle. She is predeceased by her sister, Betty Marie Brown. She also had many dear neighbors as an extension of her family.
NO PRIOR VISITIATION OR SERVICES WILL BE HELD.
Arrangements entrusted to HARDISON FUNERAL HOMES INC. Lewiston, NY. Please visit hardisonfuneralhomes.com for online condolences.
Published on January 21, 2020
To plant a tree in memory of Shirley Ann Laurie, please visit Tribute Store.

Plant a tree in memory
of Shirley

A place to share condolences and memories.
The guestbook expires on April 20, 2020.

Bob
We are so very sorry for your loss and are keeping you in our prayers.
Shirley was a wonderful person and we loved her dearly

Diane (Chiaravalle) Huntington
Many fond childhood memories of "Uncle Shirley" ...such a beautiful lady with a sweet disposition, a ready laugh and beautiful smile. Much love to you "Aunt Bob", may your memories of a lifetime of love together get you through these difficult days. We are here for you.
Peggy Mikula

Bob,
You and Shirley were two of my favorite clients when I worked at Citi. I ran into the both of you a couple of times at Lewiston festivals, however I have not seen you in awhile. I am so sorry for your loss. What a beautiful lady. Thoughts and prayers go out to you.
Hugs, Peggy

Dawn and Joe Guadagna
We are very sorry for your loss Bob. I know my mom will miss her long talks with Shirley. May your cherished memories comfort you in this difficult time.
Guido and Sylvia Virtuoso
We are so very sorry for your loss Bob. Our wonderful customers for many years, the nicest of friends. Our most heartfelt condolences. RIP Shirley🙏🏻
Guido and Sylvia Virtuoso
Marsha & Carl Buenzow

Our deepest sympathy goes out to Bob. We were so shocked to hear of Shirley's passing. We couldn't have asked for a nicer neighbor. May wonderful memories comfort you during this difficult time.