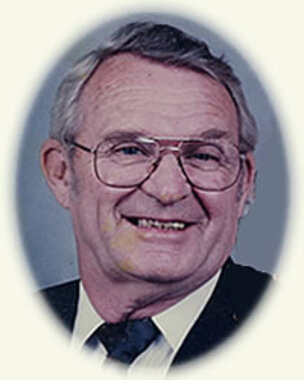 Back to Neil's story

Neil I. Pokelwaldt of Sanborn, NY, passed away Saturday, February 1, 2020, in the Newfane Rehabilitation and Health Care Center.
He was born in Niagara Falls, NY on March 22, 1929, a son of the late Irving and Eleanor [Wendt] Pokelwaldt.
Mr. Pokelwaldt graduated from Trott Vocational High School. He was a plant security guard at the East Delevan Chevrolet Engine Plant for over 20 years before retiring and operating his own farm. Mr. Pokelwaldt was an Exempt Member of the Sanborn Fire Company and avid sportsman.
He was the husband of the late Helen A. [Wilcox] Pokelwaldt. Mr. Pokelwaldt is survived by three daughters, Deborah A. (late Patrick) Barry, Linda Pokelwaldt and Sharon R.(Neil) Harvey; nine grandchildren; ten great-grandchildren and many nieces and nephews.
He was the father of the late Wesley Pokelwaldt and Neil Pokelwaldt, Jr.; grandfather of the late Dean Barry; brother of the late Jean (Ronald) Coleman and Ruth (Robert) Wray.
His family will be present on Tuesday from 4-8 PM at the RHONEY FUNERAL HOME, 5893 Hoover Road, Sanborn, NY. Private internment will be in North Ridge Cemetery, Town of Cambria, NY. Visit rhoneyfuneralhome.com, for guest register.
Published on February 1, 2020
To send flowers to the family of Neil I. Pokelwaldt, please visit Tribute Store.

Send flowers
in memory of Neil

A place to share condolences and memories.
The guestbook expires on May 01, 2020.

Richard Holstrom
I was sorry to hear of Neils' passing. I used to deliver fasteners to the axle plant and saw Neil often at the Cornwall street gatehouse. He was always in high spirits and I enjoyed talking with him. He told me his nickname was Pokie and I hope he rests in peace. He is with his son, Wes whom I met at my previous job and was as nice as his Dad. May they both rest.
Lisa burdick
I'm so sorry for your loss prayers sent for the family I'm really gonna miss seeing his smiling face everyday
Henry Beecher
Sorry about your dad one of the best!!!
Kim Cowling
My sympathies on your loss.
View all