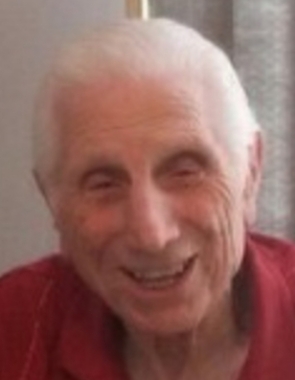 Back to Alfred's story

Alfred "Sam" D'Angelo passed away on Tuesday, March 24, 2020, at Niagara Falls Memorial Medical Center. He was born on August 2, 1923 in Niagara Falls to Giovanni and Giovanna (Scozzafava) D'Angelo.
He attended local schools and then entered World War II in 1943. He served in the U.S. Army in Europe from 1943 through 1945. He was wounded in action in 1944 and was awarded a Purple Heart. He was honorably discharged in 1945.
Pre and post WWII he was employed by the International Paper Co. from 1942 through 1967. He was then employed at Frontier Foundries until his retirement in 1986. On November 26, 1949, he married the former Rose Accetta at St. Joseph's Church. They were married for 65 years until her death in 2015.
He is survived by his three children: Robert F. D'Angelo, Joann Lisman and Gary A. D'Angelo, all of Niagara Falls, as well as numerous nephews, nieces, cousins and in-laws, in addition to special friends, Mario Yarussi, George Morreale and Joe Perri. He was predeceased by his wife; his parents and two brothers, the late Vincent "Jim" (Betty) D'Angelo and the late Frank (Vicki) D'Angelo. He was also predeceased by seven additional brothers whose names are unavailable, as well as lifelong friends, Al D'Angelo, Tony DeMunda, Tony Pullano, Natale Porto and WWII friend, Pat Palmiere of Syracuse, NY, and Ted Mendlesohn.
He was a lifelong New York Yankees fan and a horse racing enthusiast. He will be remembered as a noted family man and loyal friend to the end!
Due to the current Health Emergency, a Mass of Christian Burial will be celebrated for the immediate family at Holy Family of Jesus, Mary and Joseph Parish at St. Joseph Church, followed by entombment in St. Joseph Cemetery with Military Honors.
If desired, memorials may be made in Sam's memory to St. Jude Children's Research Hospital, 262 Danny Thomas Pl., Memphis, TN 38105. Arrangements by SPALLINO-AMIGONE FUNERAL HOME, 2215 Military Rd., Niagara Falls.
Please share your condolences at AMIGONE.com
Published on March 25, 2020
To send flowers to the family of Alfred "Sam" D'Angelo, please visit Tribute Store.

Send flowers
in memory of Alfred

A place to share condolences and memories.
The guestbook expires on June 23, 2020.

Leonore Bevilacqua Cummins
D'Angelo family, so sorry to read about your father. He and my Uncle Tony Pullano were good friends when they were young and reconnected a few years before he passed in 2008. Again Sorry for your loss, will always have memories of your dad.
Silvio
Sorry for all you D’Angelo’s
Jill villa
We are so sorry Gary and family.I enjoyed so many chats with your dad at Tim Hortons.Wonderful man.Villa family
Dave Boniello
Dear Bob, and Family,
You’re father was a wonderful, kind man. I know he will be sorely missed. My prayers and deepest condolences to all of you and your families.
Dave Boniello
Lucie D'Angelo
My sincerest condolences to all of you! I'm sure he and my dad are having a glass of vino, along with Uncle Jimmy.
RIP Uncle Sammy 💗
Joe Altobello
I sent condolences of D’Angelo family, R.I.P. Sam🙏🙏🙏
Bill Lutz
Sorry to hear of his passing , I am wondering if this the family from 101st
if it is message me wlutz148@gmail.com .
Eugene Olson
I am deeply saddened by Sam's passing, and will miss him during breakfast at Mike's Marketside. God grant rest and peace to Sam and consolation to his family and friends.~~Gene Olson
Ralph Aversa
My sincere condolences to all of you. Always great memories of our Sunday breakfasts with Sam, Frank D'Angelo, Dom Romeo and John DiGregorio. They are all in heaven now. Then is was off to Canada for food shopping. Will also miss his smiling face every night for coffee at the Casino.
Stay healthy my friends.
Jim and Wendy Accetta
Uncle Sam will be missed dearly. Our prayers go out to the family.
Liz
Very sad to hear of Sam’s passing. Always enjoyed seeing him and his buddies having coffee at the casino. We will miss him
View all 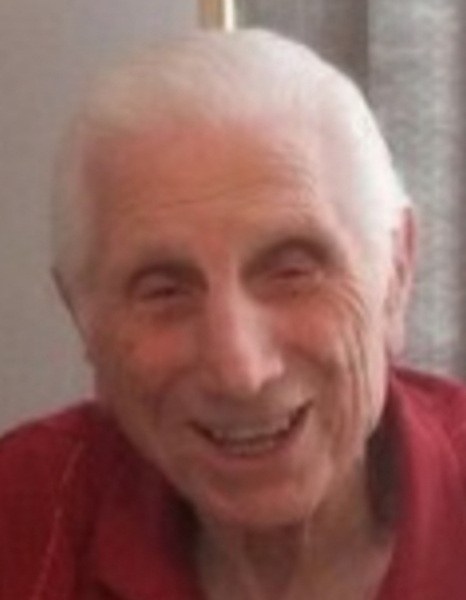